The fondest memories are made when gathered around the table 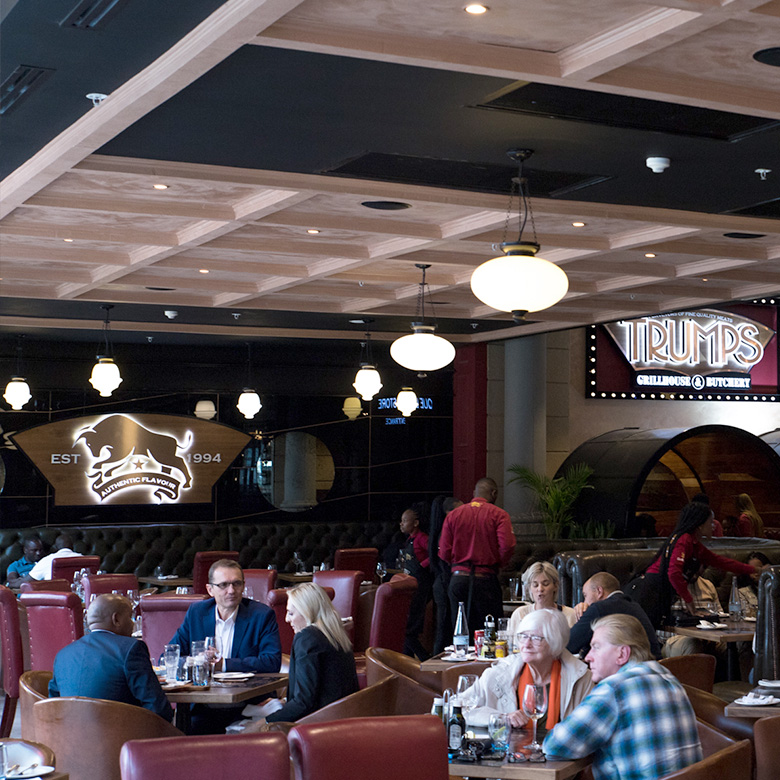 In 1994 Nelson Mandela Square, then known as Sandton Square, opened its doors to the public and Trumps Restaurant was unveiled. For over 36 years Trumps has fed locals, tourists and celebrities alike, and in 2015, began a complete rebuild from the ground up.

Three and a half decades after opening as the original restaurant on the Square, the Trumps Management Team have evolved the Trumps Grillhouse restaurant into a new world-class, fine dining destination – a Grillhouse, butchery and wine establishment second to none.

It’s no coincidence that the Trumps Grillhouse logo is a bull in his prime - symbolising being the biggest and best at what we do…meat!

Located on Nelson Mandela Square in the heart of Sandton, what was once a humble family owned and operated restaurant, has now become an icon of quality, style and customer satisfaction. Trumps Grillhouse and Butchery boasts modern and custom designed décor including an extensive wine cellar, age-old whiskey, and finest quality meat and function rooms for a more personal touch if needed.